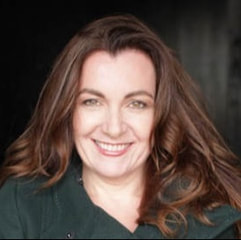 ​Theatre is not created in a bubble, every production is an event that happens, with certain people for an audience who exist at a certain time in history. The events of 2020 cannot be ignored.  Collectively, the entire world spent much of the year isolating in our homes yet tethered to social media, giving society time and opportunity to focus on important issues. George Floyd’s brutal murder insisted we not ignore the continued injustices that are a daily reality for BIPOC individuals and has brought the Black Lives Matter movement into everyone’s conversations. This international pandemic has introduced us to new levels of stress as we change our routines to fight a deadly invisible threat. Jobs have been lost, plans cancelled, and the media is flooded with new information and reports of the progress of Covid 19 around the world. Depression and anxiety has affected most people during this time of social upheaval.  Mental Health issues are no longer a perceived affliction of the unfortunate few, but something we all can no longer ignore.  As a result the audience of our 2020 -2021 season is very different than the audience who attended our 2019 season.
In 2020 many might believe that protesting for mental health awareness and the BLM movement are inventions of our time, but these struggles for social justice have been on going. This season Theatre Kingston is returning us to the early 1960’s and the people who were the instigators of many of the modern conversations we are still having.

The Meeting, by Jeff Stetson, explores a fictional summit between Martin Luther King jr. and Malcolm X. They speak openly of the movement, and their opinions of what has to be done. Through the lens of this play we are able to witness these crusaders who were at root of the modern civil rights movement in North America. The Meeting lets us clearly see where we were, where we are and where we need to be. When I reread MLK’s I have a Dream speech I was taken with the section that states:

Many of these injustices have been called out, but in 2020, no one should yet be satisfied.

The SYLVIA EFFECT, written and directed by Peter Hinton, explores the work and life of Sylvia Plath. In psychology, the Sylvia Plath effect is the phenomenon that poets are more susceptible to mental illness than other creative writers. The term was coined in 2001 by psychologist James C. Kaufman, and the effect is named after Sylvia Plath, who died by suicide at the age of 30 in the spring of 1963. This exceptional poet has become a rallying point of many creative souls who struggle with the battle of depression. The stigma of mental illness is something that in 2020 we are still fighting against.

Martin Luther King Jr, Malcolm X and Sylvia Plath all were martyred for their cause. Theatre Kingston believes you should know their stories.