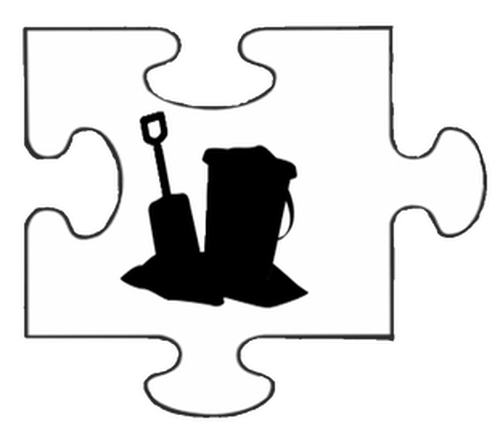 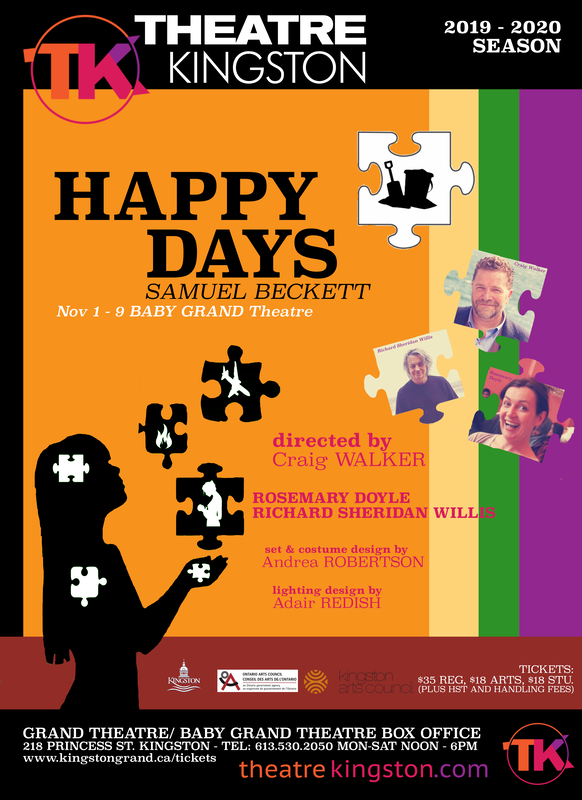 “Happy Days” remains one of the most unsettling and unforgettable plays in the modern canon.”
- New York Times

When we arrive at the Baby Grand we will meet Winnie, (Rosemary Doyle) buried in the earth up to her navel, behind he lounging is Willie, her husband (Richard Sheridan Willis)  Was it Beckett's own creative imagination, which created Winnie's situation? In his novel, The Unnamable he writes "There are no days here, but I use the expression. I see him from the waist up, he stops at the waist." Or did he see someone buried in sand on an Irish beach; or, was he inspired by this form of partial burial as torture used as punishment in medieval times and by the French Foreign Legion, or are these characters actually dead, and this is to show their decomposition from the memories of the life they once had, are they indeed talking from the grave? 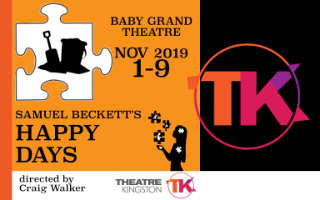