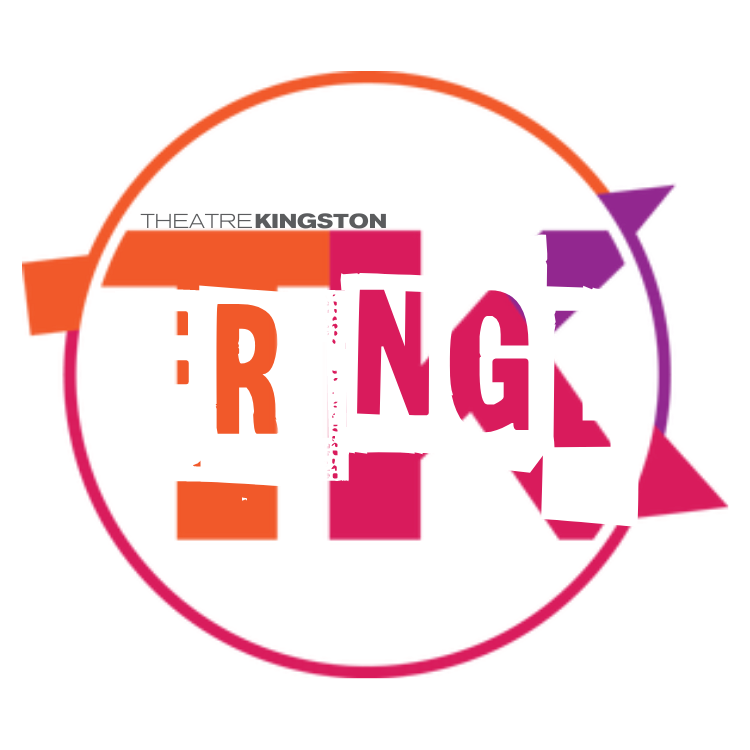 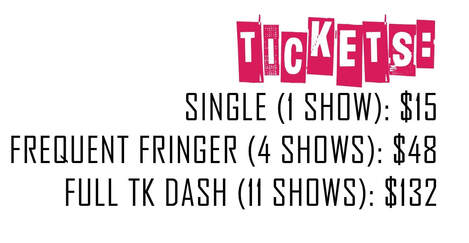 ​Tickets can be purchased online,
​or at the Grand Theatre Box Office (218 Princess Street)
FRINGE tickets

TOO MUCH INFORMATION IMPROVISED
presented by Dog Martin Comedy 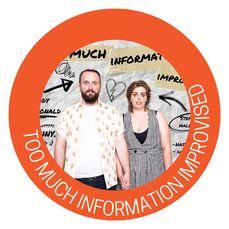 T.M.I.I. is for messy b*tches who love gossip, hot tea, and drama. It's about two real-life exes, and their failed relationship. The duo tell true stories about their relationship, inspired by improvised scenes. This is a spicy and honest improv show, featuring elements of storytelling, and live music. COMEDY! 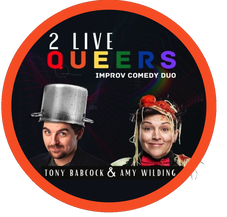 Your face will hurt from laughter, as 2LQ invents characters, locations & situations before your very eyes; utilizing your ideas, quick wit, and an abnormally large selection of wigs and hats! They are live and they are Queer!

Actual testimonials from their last show at Kingston Baby Grand Theatre:
"I laughed so hard, my mascara ran right off my face!"
"I forgot how good it feels to laugh!"
"Tony and Wilding are two of the funniest people I have ever seen!"​ 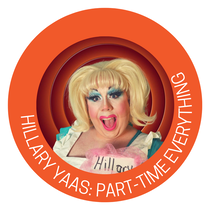 "Hillary Yaas: Part-time Everything!" is stand up comedy & musical parody at its best!  Featuring the "campy, crass and crude" snd truly "unhinged" drag queen & "part-time everything" herself, Hillary Yaas!  (Appearing on OutTV's Camp Wannakiki Fall 2022!)  Her THIRD solo show she has written and produced (Rara! and the boifriend that breaked her heart up, ChroFATica!) - get ready to laugh!  Because is she hilarious? Yaaaaaaas!

ONCE UPON A TIME: A PLAY WITH MUSIC
by Anne Marie Mortensen
​presented by Bottle Tree Productions 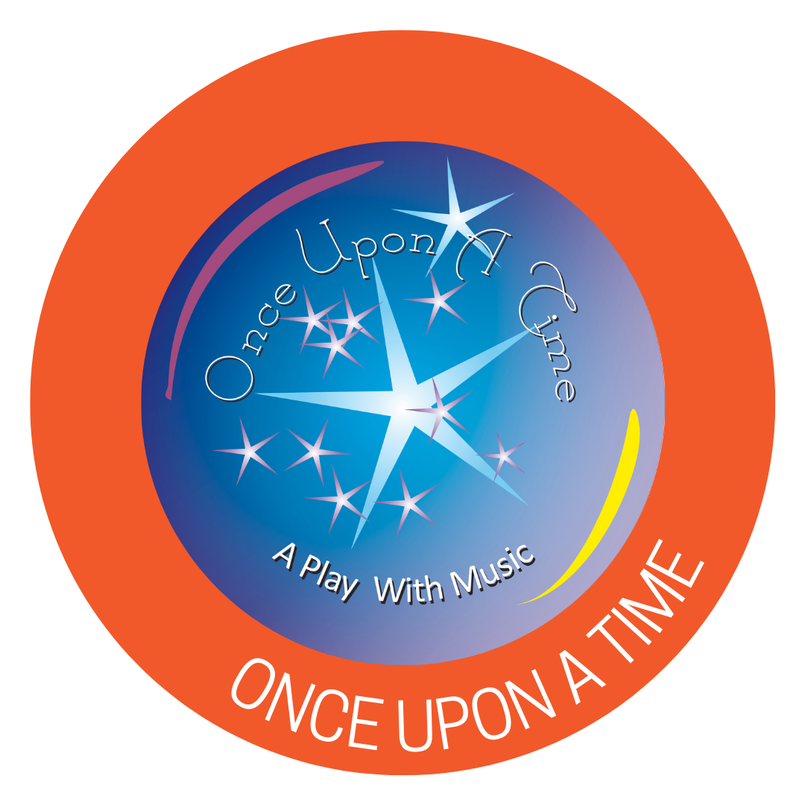 What time is it, when it's Once Upon a Time?
Is it morning, noon, or midnight--
Are there beanstalks left to climb?
Do the sorcerers and fairies work for evil, or for good?
Does the tower have a door, and is it made of wood?
Does the Prince rescue the Princess, or the other way around?
When someone drops their slipper, is it lost or is it found?
Do you wonder, in your head, as you lay awake in bed:
"Is it morning, noon, or midnight, in Once Upon a Time?"

Astronaut Michél Barnham wakes to the screeching of alarms. The corpses of her crew lie rotting around the hull of her shattered ship. She is drifting aimlessly into deep space. Her only sliver of hope lies in a box-sized maintenance robot named R.E.D. The bond Michél forms with R.E.D. will either prove her undoing...Or allow her to accept a terrible fate.
R.E.D. is a one-woman existential play about confronting one's own mortality. Meet Frank and Bill. Frank’s taller, but Bill has the nicer suit. The two men are locked in a fierce competition to determine who is the better man. Each match is refereed by a beautiful woman who holds a dark secret from their past. As their competition becomes more desperate, the reasons for their rivalry become clear. Amid a relentless labour strike in Quebec, Peter Holloway, a junior Liberal Cabinet Minister, is forced to make a difficult decision, one which could completely change the face of his government. Toe the Party Line is a searing look at our political system and the lengths some will go to in order to obtain power. The Duck Variations presents two old friends, Emil and George, in 14 variations, talking about ducks - at least, ducks as they relate to our passages through life. As the two sit on a park bench watching ducks in the lake, they discuss leadership roles, conflict among different groups, sex, friendship and love, and, finally, death. The audience senses that Emil and George are not able to discuss these things openly, so they use the metaphor of the ducks to express their fears about aging and death. Two brothers get help from their friends though seemingly insurmountable odds, and dangers. The younger brother is dying from cancer and asks his older brother to help him with his last wish- keep him alive just long enough to reach their final destination. Thus begins a journey from the Eastern seaboard of the United States to Alberta, Canada. A play showcasing the will and strength of the human spirit.
​A play for all generations!

THE MURDEROUS MANSION OF MR. UNO
by Don Zolidis
presented by The Not So Amateur Amateurs The mysterious Mr. Uno has invited six eccentric guests to his dark and stormy mansion. When Uno winds up dead, and guests begin dying mysteriously, those remaining must uncover the murderer before it's too late. The Murderous Mansion of Mr. Uno is a wickedly funny parody of the traditional murder mystery that everyone will enjoy!

SAILING TO THE MOON
presented by Colour & Light​ ​A young man, inspired by the work of Thomas Merton, feels called to the monastic life. During his first visit to Gethsemani Abbey, Kentucky, he encounters an elderly woman on the nature trails. As they talk, he gradually senses that she knew Merton very well indeed. She tries to convince the young man that hope and meaning can only be found in loving relationships with others. But he yearns for the love that he hopes will grow in the silence, discipline, and peace of the monastery. Drama. 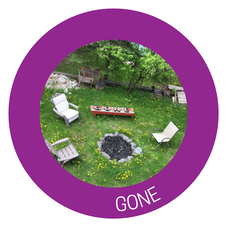 Here one minute... Gone the next. ​Will she unlock the truth? GONE is a psychological comedy thriller created and performed by Amber Mackereth. 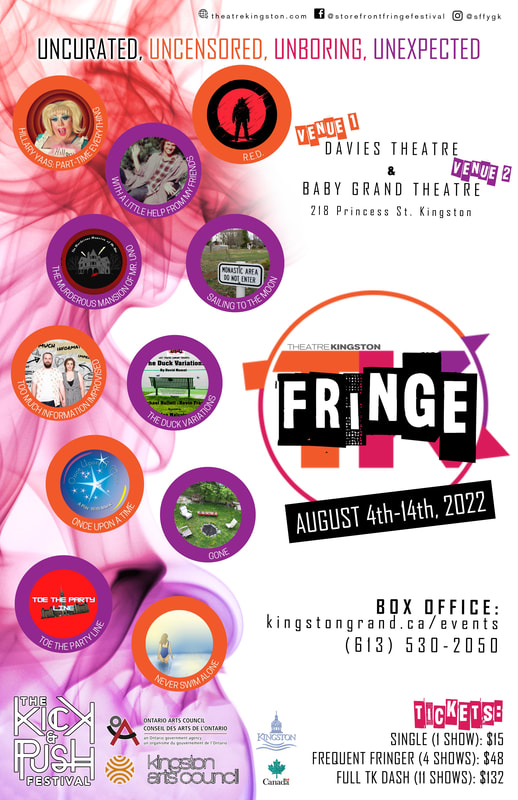